Project Canvas is an amazing opportunity for teenage writers who want to share what they know with other young writers.

Project Canvas is also the name of an online project organizer tool, but I am talking about “Project Canvas: A collaborative writing project. Vision: to create a book of writing advice ​and inspiration for fellow writers.” -quoted from Project Canvas website.

I did not have any part in creating this but I am in full support of it, so here’s the basics: 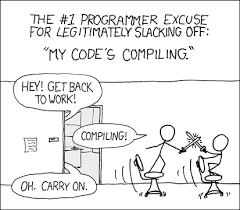 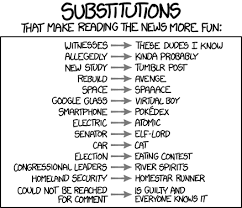 Hello, Ezra here, and today I have one thing to tell you about … Star Wars. (If you don’t want spoilers, don’t read any farther.)

I was so excited that day I went into town dressed as Darth Vader. I kind of thought I might be too geeky, going to the Star Wars movie dressed up as one of the characters. I was wrong. There was a large selection of costumes at the theater. I remember seeing a generic Sith lord, an Emperor Palpatine, a red imperial guard, one Kylo Ren, three Darth Vaders and dozens of lightsabers, Star Wars t-shirts and sweaters and hats, cheap Kylo Ren masks and size tiny jedi robes. Looking back on it, it reminded me a little of a concert; crowds of people buzzing with excitement covered in merchandise from the show they were about to watch.

When the movie started, everyone cheered. When the Millennium Falcon appeared, the crowd screamed. And when Han Solo died- Yes, Han Solo dies. I did tell you not to read any more if you didn’t want spoilers. Stop throwing things and yelling. Anyways, when Han Solo died, I swear my adult friend who drove me there, who is the biggest Star Wars fan I know and says Star Wars 5: The Empire Strikes Back is his favorite movie of all time, teared up a little. Seriously. I heard a couple sniffles. I imagine that a fair bit of the crowd was a bit traumatized too. I mean, I get it. Most of the most Iconic or most popular Star Wars characters- Darth Maul, the Emperor, Anakin Skywalker, Darth Vader, Qui-Gon Jinn, Padme, Boba Fett, Obi-Wan Kenobi, Yoda and Han Solo- are all dead, leaving us with a cute new droid, an occasionally cowardly ex-Stormtrooper, and a girl, who is the only hero in The Force Awakens who can actually use (and I presume awaken) the Force.

All in all though, Star Wars was great. But because I’m a bit of a nitpicking jerk, I want to point out that there were a couple of problems with it. One thing I noticed was that it was very similar to the original Star Wars movies. You know; the movie has a scoundrel who sometimes wants to run away and sometimes wants to help the rebels, cute dome-headed droid, accented  golden droid, intelligent bear with cross bow, masked sith lord, zombie-faced mysterious sith overlord, imperials vs rebels, planet sized superlaser base, Indiana Jones (sorry, Han Solo), rebels trying to find old wizened Jedi masters in exile to help them defeat the empire, girl that can use the force, wizened old Jedi master in exile, Anakin’s lightsaber, the Millennium Falcon, overlord imperial guy competing with masked sith lord, Stormtroopers with terrible shots, princess/general Leia, Jawas, gangs chasing down Han Solo, Big squid-like monsters, shield generators for the planet sized superlaser imperial base on another planet, obvious flaw in planet sized superlaser base’s design, cute dome headed droid carrying crucial information in it that everyone wants, masked Sith lord being related to one of the heroes as a plot twist, big and unexpectedly important barren desert world, masked Sith lord killing old man who he used to love, innocent planets exploding, planet sized superlaser base exploding, masked Sith Lord kidnapping a girl who can use the force and trying to get them to tell them the location of a cute dome headed droid….

Wow. They were similar than I thought.

And another thing; I dare a Star Wars fan to properly explain the plot line for The Force Awakens in a couple sentences.

The way I see it, the plot line is that Luke Skywalker has separated himself from everyone else because he’s feeling guilty about… um, something, and has left a map of how to find him even though he doesn’t want to be found because… um, reasons. Then he left an indistinct piece of the map at a resistance encampment because… he, uh, felt like it, and a guy from the resistance came and collected the piece of map that is useless without the rest of the map in order to try to find Luke because they needed him because… um, because he’s a Jedi and they can’t defeat the imperials who are choosing this time to strike back because the people who made this movie needed it to have some action. But then the guy who collected the map was almost immediately captured by imperials, the imperials having done this by… watching his every movement? I don’t know! Anyway, at the last second he passed the useless piece of map that really shouldn’t exist into his droid who trundles of in search of someone who can get him to the resistance. Meanwhile, one Stormtrooper out of a bajillion of them feels that killing is bad, despite being trained to kill since birth, because… um, because killing is bad. So he escapes with the prisoner, crashes, and wanders to the nearest village, where the droid is. Confused? that’s just in the first, like, 20 minutes!

I guess a shortened version of that could be that Luke left pieces of map with Resistance people and went away, then people came and got the pieces of map, but then had no choice but to put them in a droid, who searched for help while a good stormtrooper helped the guy out of prison and crashes before finding the droid.

That is a shorter version, but it still only describes 20 minutes of screentime and is longer than most netflix movie descriptions.

Please don’t tear me apart for nitpicking it Star Wars fans out there. Seriously. If this doesn’t make you feel old, then you’re not a proper Star Wars fan. I mean, I’m thirteen and I feel old. Was Indiana Jones that long ago? Yikes.

These are bits and pieces of stuff that other people have done that we like.

A fellow Home-Schooler we know made a Youtube series with the help of his dad about how to start off on a Minecraft world. The name of the series is called “Minecraft for noobs (Cartoon) by Alex85552100”. Think of it what you will, but it has good animating and is quite useful if you’re a newbie.

YES! This is me and Hannah. I don’t care if this isn’t about other people, I had to put this in here.

Now, this is a good bunch of videos here. For more information on this series, see my post: “On my way to a Minecraft map!” in the ‘Coding’ or ‘Gaming’ categories. Just note: these videos can be scary, as they are about a horror map.

I have no real purpose in putting this on besides it being awesome. ALL of Element Animation’s videos are awesome. You should check some of them out.

footnote: Hello from Dec. 23, 2015. It appears this video doesn’t exist anymore. I will replace it soon. Thank you.